The Port Authority’s Restore the George plan to restore its 90 year old paths fails to provide adequate capacity for even current use, let alone future growth and fails to realize its potential as a great public space.

Peak use across the GWB averaged 521 users per hour in 2015 – well exceeding the 300 UPS threshold AASHTO employs to recommend a 14 foot wide path. Yet the PA still plans to allocate cyclists a single 7 foot path starting in 2024. 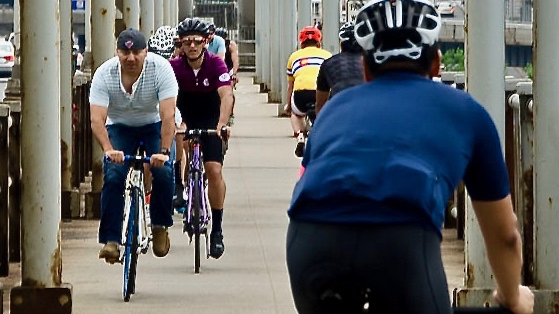 … but does create new ones.

The PA’s plan to widen the entrances to the the towers (“wedges”) will encourage groups to maintain speed through 7 foot wide tunnels.  Even a 15 mile per hour speed limit will result in collisions of up to 30 mph. 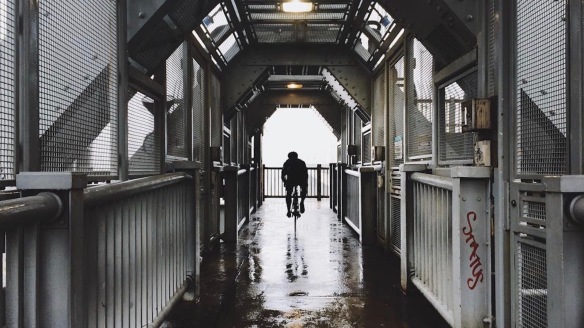 #3 – “Gathering areas” at the base of graded ramps will cause crashes.

The NY entrances are at the bottom of curved, graded ramps.  Cyclists will naturally descend at speed to exit and accelerate to manage the ascent.

Adding “gathering spaces” at the bases of these ramps will result in collisions between pedestrians and cyclists.  No other NYC bridge has this feature, except the Williamsburg, which was designed for pedestrians and is a problem.

The bollards are an additional hazard, as they align with sidewalk cutouts. 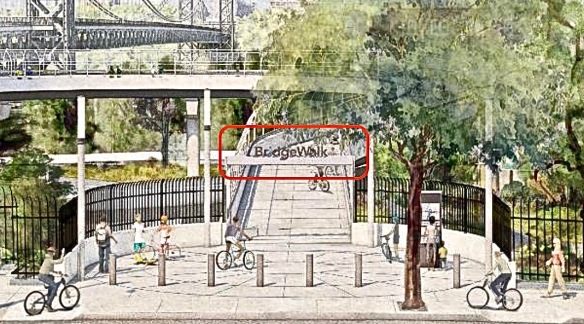 #4 – Failure to upgrade the paths during reconstruction will expose the PA to frequent and expensive litigation.  Their practical alternative is require all path users to walk.

“While many complain that Penn Station, the Port Authority Bus Terminal and [the Airports] are congested, uncomfortable, and not up to today’s mass transportation standards, none present users with same threat of bodily harm, if not death, in the normal course of use as does the pedestrian/cycling path on the GWB.

Yet, billions of dollars have been, or are being, funded to address traveler concerns at these facilities. A much smaller sum must be found to take the steps required to address the much more serious safety concerns on the GWB.” – Safety, Litigation and the Demise of Cycling on the GWB

Bike share is expanding up both sides of the Hudson.  But the current design of path entrances offers no provision to scale up docking stations.

Nor will providers be able to load-balance during periods of peak use if cyclists are restricted to a single 7 foot path.

GWB paths are often closed, sometimes for days and weeks, due to unplowed snow that thaws and refreezes across the surface.  Also from the threat of ice falling from overhead cables.  These closures would continue under the current configuration.

#8 – The proposed anti-suicide barriers will block the view.

Generations of path users have cherished views of city skylines and the Palisades. But the PA’s configuration of anti-suicide barriers obstructs them – needlessly.  Compare the PA’s plan with a bi-level arrangement that retains the view from the upper level.

Those vistas have significant economic value.  Employing a model developed to measure the economic impact of the Walkway over the Hudson, a linear park across the George would generate $42 million per year in new tourist spending.

#9 – It won’t realize the the GWB’s potential a major public amenity. 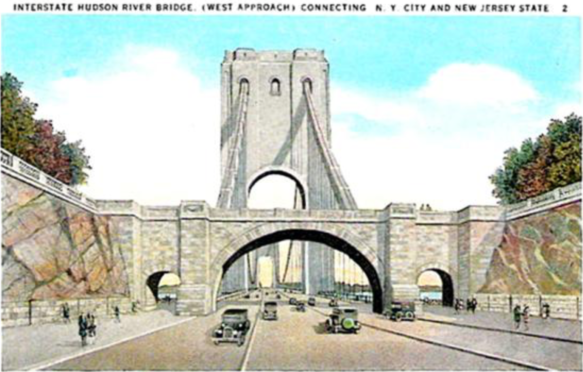 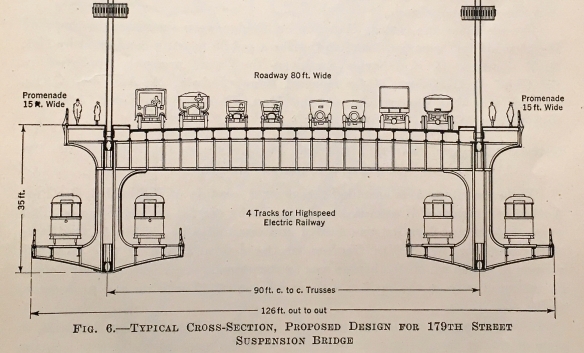 1933 drawing with 15 foot promenades.  American Society of Engineers and PANYNJ.

#10 – It won’t mitigate loss of the Hudson rail tunnels or congestion pricing.

“Over the coming decade, there’s a significant chance that the aging, salt-damaged Hudson rail tunnels will be shut down for restoration before new tunnels are complete. If so, the region’s transport providers would need to enact major contingency plans to move 200,000 affected travelers (aka ‘Hudsogeddon!’).

Under such a scenario, GWB paths widened to comply with national standards (“AASHTO”)  would safely support 20,000 cyclists per day, plus pedestrians and bike share.” – With Tunnel Repairs in Offing, Bikes are Key to Keeping People on the Move, NJ Spotlight

Nor will it mitigate the onset of congestion pricing—which will induce yet more NJ commuters to drive across the GWB and park in Upper Manhattan. 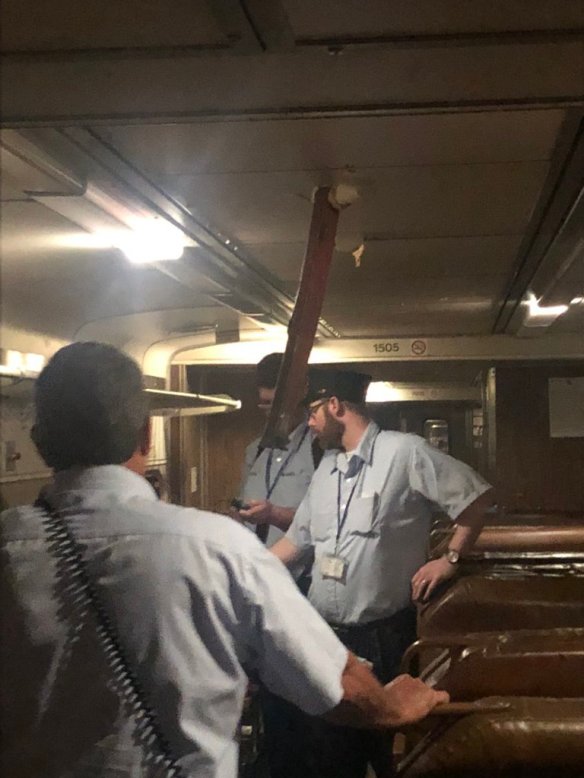