Upgrading the GWB paths with modern bikeways, discrete walkways and unobstructed views of city skylines and the Palisades will create a second Walkway Over the Hudson, projected to annually attract $42 million in new tourist spending.

A linear park is, one that is substantially longer than it is wide – rail trails, towpaths, repurposed industrial tracts and bridges.  Examples include High Line, Brooklyn Bridge, High Bridge and Walkway over the Hudson (“WOTH”).

Walkway Over the Hudson 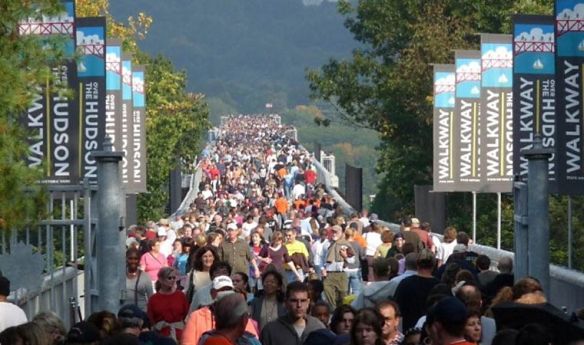 WOTH is a 1.2 mile long, 24 foot wide, decommissioned railway bridge which connects Poughkeepsie to the Highlands .

In a 2009-2012 study, Camoin Associates found that WOTH doubled tourism in Ulster and Dutchess counties.

Applying the WOTH model to the GWB, Camoin projects, based on 675,000 total cyclists and pedestrians in 2013, and an annual growth rate of 5% that by 2024 the GWB would attract:

In addition to visiting the GWB, a family staying in upper Manhattan could hike the Palisades, tour the Cloisters and lunch in Harlem.  Proximity to mass transit and bike share provide further access to Bronx Zoo, Botanical Gardens and Yankee Stadium.

Benefits to widening the GWB already include enhanced resilience, sustainability, pubic health, affordability and competitiveness. Add to that a world-class destination to spur tourist spending and local job creation.

The PA’s planned version of the GWB, with its cramped walkways and compromised views and will not realize this potential.

Brooklyn Bridge Park, was named one of the “2011’s Coolest New Tourist Attractions” by Travel and Leisure Magazine.  BBP has received $316M in funding from NYC, including $85M from the Port Authority.  The Brooklyn Bridge itself attracts 2.6 million commuters and recreational visitors annually. 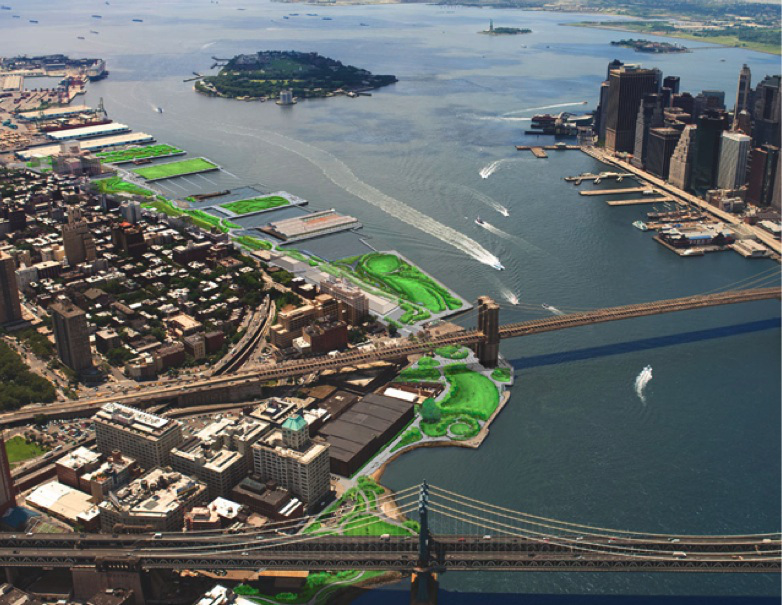 In its publication Measuring the Economic Value of a City Park System, the Trust for Public Land, determined San Diego‘s 1.3M residents derived $261M annually in enhanced property value from its parks system plus net income of $40 million from 1.3 million tourists.