TfL spends $270 million/year on bike infrastructure.  Or $30 per capita.

Last month, NJ Senate Majority Leader Loretta Weinberg challenged the administration in Washington to come up with a plan to mitigate the “transit Armageddon” that would result from the loss of the Hudson rail tunnels.1

The Senator is correct.  Contingency planning for tunnel closure deserves immediate attention.  Given the stalemate over funding, and the time to complete construction, replacement tunnels won’t come online for at least a decade.2

But congestive failure of the region’s transport network is something that can happen anytime, for a host of reasons.  Preparing for it is something the region can, and must, do for itself.

And creation of a regional bike grid should be key component of that plan.  For successful models, we can look at numerous cities that have invested heavily in cycling to reduce reliance on private cars and to supplement mass transit.

In 2017, TfL performed a strategic analysis of its network to provide a framework for future growth.4  Some of those findings are visualized in eight maps below.  For scale, London spans 607 square miles, equal to Union, Hudson, Essex, Bergen and Passaic, south of Route 287.5 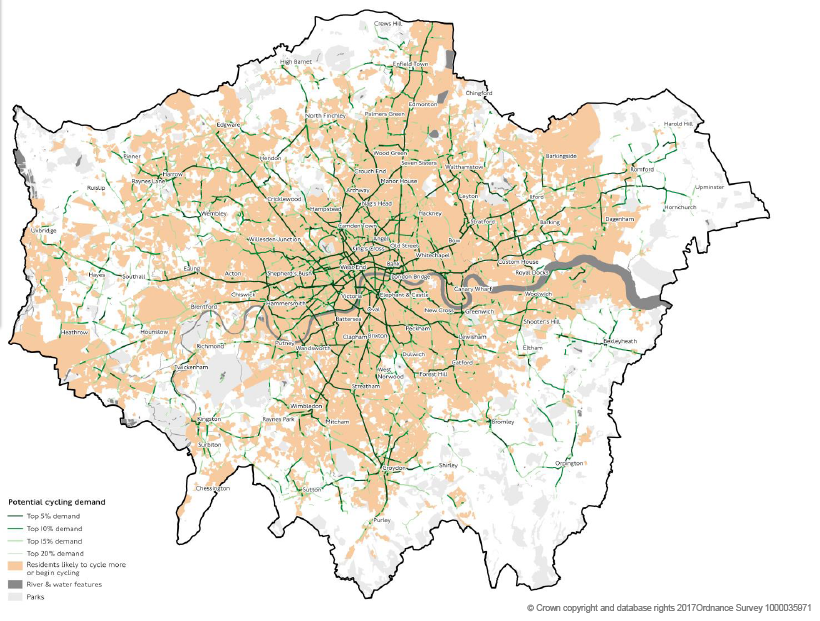 Figure 2.2 projects where residents will cycle if provided adequate connectors.

A Roadmap for the Port District

The Transport for London study provides a model adaptable to the Port District.  The challenges and opportunities it addresses are the same:

London is fortunate to possess a single transport entity with comprehensive responsibility, the wherewithal to access to its central business district.  Although this region doesn’t have a single powerful agency, the Port Authority comes closest with its mission to facilitate bi-state travel and statutory monopoly on Hudson crossings.

Given this, and its own financial stake in the region’s well being, it is incumbent upon the Agency to take a leadership role in planning for tunnel failure. It must also engage long-term opportunities, such as congestion pricing, to take point on the secular shift to active transportation.

Viewed in this context, the Agency’s decision to spend $2 billion to maintain automotive access across the George Washington Bridge, while restoring its mile-long paths to a pedestrian standard, is wasteful and outmoded.6  Rather than fortifying the region, it increases its vulnerability if, or when, the Hudson tunnels must be closed.7

2 Presuming Democratic control of the White House in 2020 and a seven year construction period once funds are appropriated.

3 “In 2018, London Mayor Sadiq Khan demonstrated his continuing commitment to cycling by  increasing annual funding to £214m ($267.8 million) despite central government’s complete withdrawal of the £700m annual operating grant.” “How London is Aiming to Become the World Best Big City for Cycling,” The Guardian, 12/31/18, https://tinyurl.com/y4o4f7md

7 “With tunnel repairs in the offing, bikes are key to keeping people on the move,” NJ Spotlight,7/23/18, https://tinyurl.com/yave2bmy