A Rutgers study found that active transportation added $497 million to NJ’s economy in 2011 with little contribution from out-of-state guests.1  In the interim, New York City grew its bike grid to 1200 miles, bike share trips to 17 million and its constituency of cyclists to 793,000.2

However, NYC has no recreational facilities not crowded with pedestrians and runners. And since most NYC residents are car-less, they are a huge potential market for recreational cycling activities that can be accessed directly or by mass transit.  North Jersey can implement a number of inexpensive measures to induce them to come over.  Here are some options.

The Mohonk Preserve comprises 8000 acres in Ulster County, NY.  It hosts 250,000 visitors per year who pay daily use fees of $15-$20.  This underpins an $8 million annual budget.3 4 5 6  Notably, their network of trails include 80 miles of “carriage roads” which are promoted for bicycling.  Unfortunately, the Preserve is a two hour drive from NYC.

South Mountain Reservation comprises 2100 acres and has its own network of carriage roads laid out by Fredrick Law Olmstead.  Conveniently, the SMR is just 45 minutes from Penn Station via NJ Transit.  However the SMR does not permit cycling.  This deprives it of potential use fees and adjacent vendors of thousands of customers. 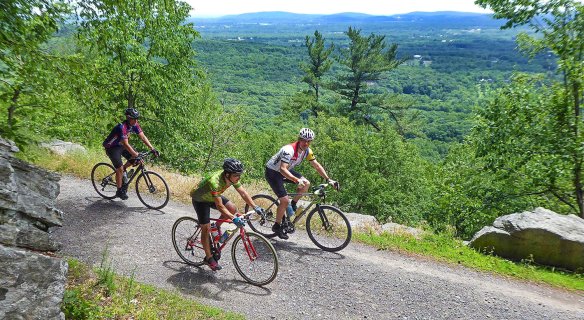 Develop a series of “numbered” routes across North Jersey

The proposal can be accomplished quickly and cheaply by distributing GPS directions online.  As routes gain acceptance, they can be enhanced with signage and on-street improvements.  Some examples: 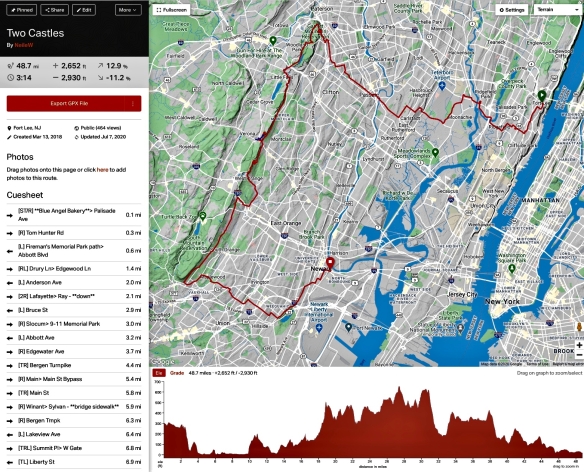 Two Castles spans four Counties and is accessed via the GWB, PATH, NJT.

Paterson features the Great Falls Park as a destination and Peruvian and Middle Eastern food stops. 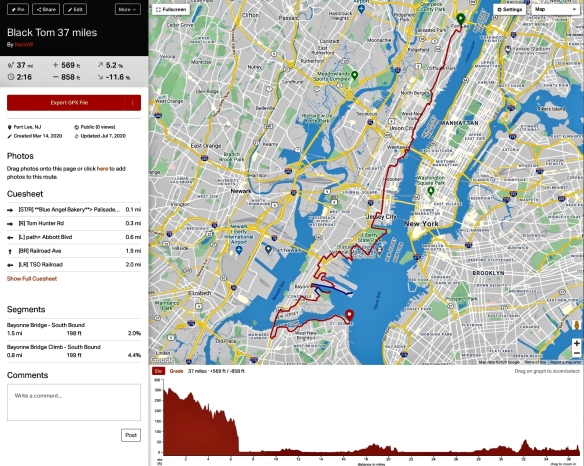 Black Tom is accessed via the GW and Bayonne Bridges 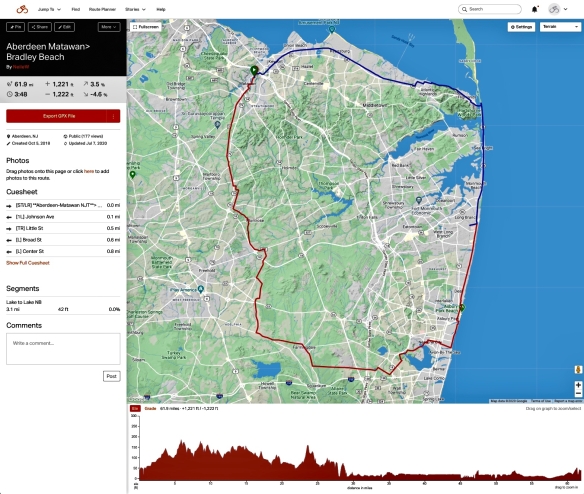 On June 15, the shared-use path across the Mario M. Cuomo Bridge opened.  In the three weeks, there have been six reported crashes.9 10  Already there are calls for the facility to be shut down until it can be made safe.  The Cuomo path is 12 foot wide and connects 1.3 million residents of Rockland and Westchester.

By comparison, the George Washington path is 7 foot wide and connects 2.6 million residents of Bergen and Manhattan – and via its bike grid, the whole of the City’s cycling community.  If the GWB is deemed unsafe, or if the Port Authority requires all users to walk, that will disrupt any measures North Jersey takes to attract New York City visitors. 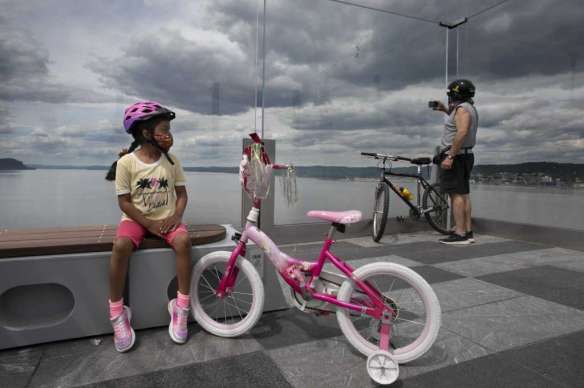